On the 19th December, 2017 the Bayside Women in Business was incorporated and a new entity was formed. It was a new beginning, with a new management team of amazing women. A set of values was written and presented to the team by Sue Mazur which was wholeheartedly adopted. On this new incorporated entity, the first management team consisted of Sue Mazur, Janette Colleen, Marthie Talu, Samantha Rosewarne, Helen Wood and Nicole Watson.

Together, the team created a solid business foundation for BWIB, a wider vision, structure, plan, a comprehensive brand identity, ABN, incorporation, financial gateways, business planning templates for future teams, resource centres and a new website, building on the best bits of the past, the brainstormed visions we shared and compliance requirements. It is incredibly fortunate to be working with a team who are so aligned in values and commitment, and that is the hope for future management teams.

True to our values, the shared expertise and effort has rewarded each member on the team with growth, learnings and strong friendships. A listing of the current management team is displayed on the website.

Many people over the years have contributed to Bayside Women in Business and passionately wanted to make a difference as best they could. Like the women that have come before us that have shared their voice and vision for equal rights and equal opportunity, the current management team builds on those efforts. We acknowledge those that worked, influenced and supported the Bayside Women in Business.

We mention only a few names here, and if your name has been missed, we apologise and offer our thanks to you. Of course, history is still being made with the women who are currently working to make BWIB a success, and the future women who will contribute. We want to acknowledge you, our current and future community, subscribers and members who help make this business a blessing for our local community.

The new incorporated association has created a category for Life Members (see below) so contributions by those leaders are acknowledged and not lost.

The original Bayside Women in Business was initially started by Di Hill in the early 2000’s.

Di had a business called The Networking Advantage that conducted networking breakfast events around SE QLD. Many locals attended these events and it wasn’t long before a local group began meeting regularly. Around 2001, the Wynnum Manly Regional Development Partnership Inc. (WMRDP) began (now Bayside South Development Forum – BSDF), and the networking events became known as BWIB, giving women in business a great opportunity to network locally, under the umbrella of BSDF.

After these early years the women’s group slowly lost momentum and the group ceased.

Robyn Howard and Jose Toussaint were on the BSDF committee in late 2012, and revived the group for women’s networking events with the backing of a group of passionate women. Back then, the first revived BWIB Network Event was held at Jose Toussant’s store in Wynnum in Feb 2013. During these times the events were held in the evenings along with other special events such as Mother’s Day and Melbourne Cup, evolving to monthly coffee morning network events including two business expos in 2015 and 2016.

The BWIB left the umbrella of BSDF in December, 2016 and operated as an unincorporated association, continuing to run coffee morning networking events once a month up until the new committee and incorporation in December, 2017.

There is tremendous work involved in organising the management of any organisation, especially one running events, all run by volunteers and fund-raising.

We acknowledge other women of influence that have been a part of the BWIB committee on the unincorporated association: Di Hill, Karen Singery, Celia Newlands, Jose Toussaint, Robyn Howard, Lauren Micale, Kaitlin Hague, Jasmine Hosea-Heather, Rebecca Ford, Zsofi Nemeth, and many, many more.

For only $120 annual membership, you can join a fabulous group of local women to network and grow your business.
Click Here


If you’re looking for help, either with your business or at home, we’re sure to have honest and brilliant women you can rely on.
Click Here
 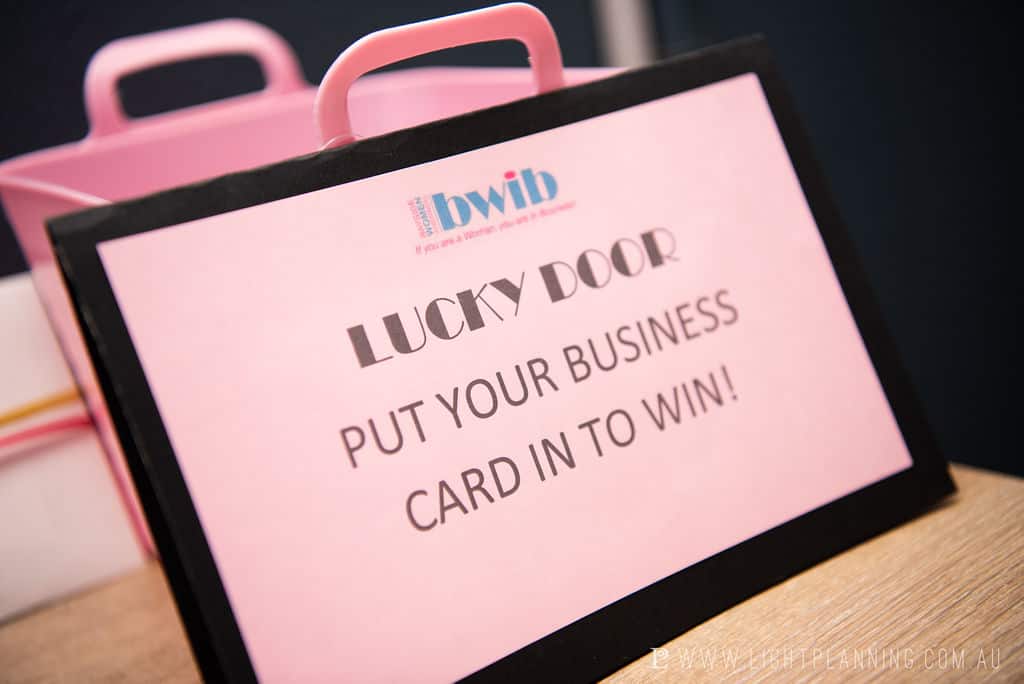 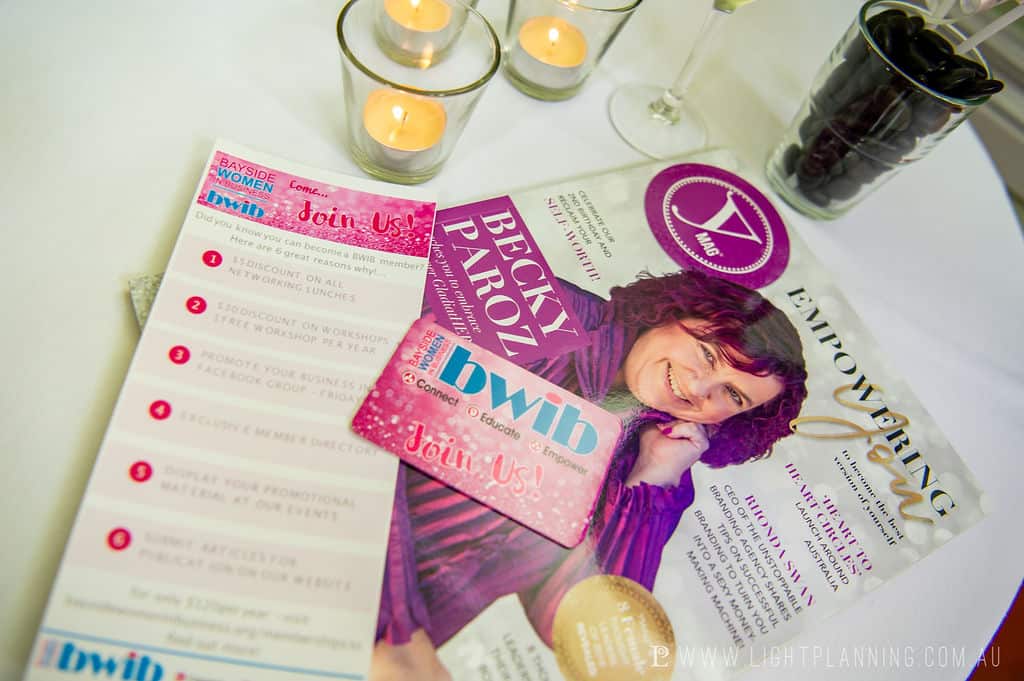 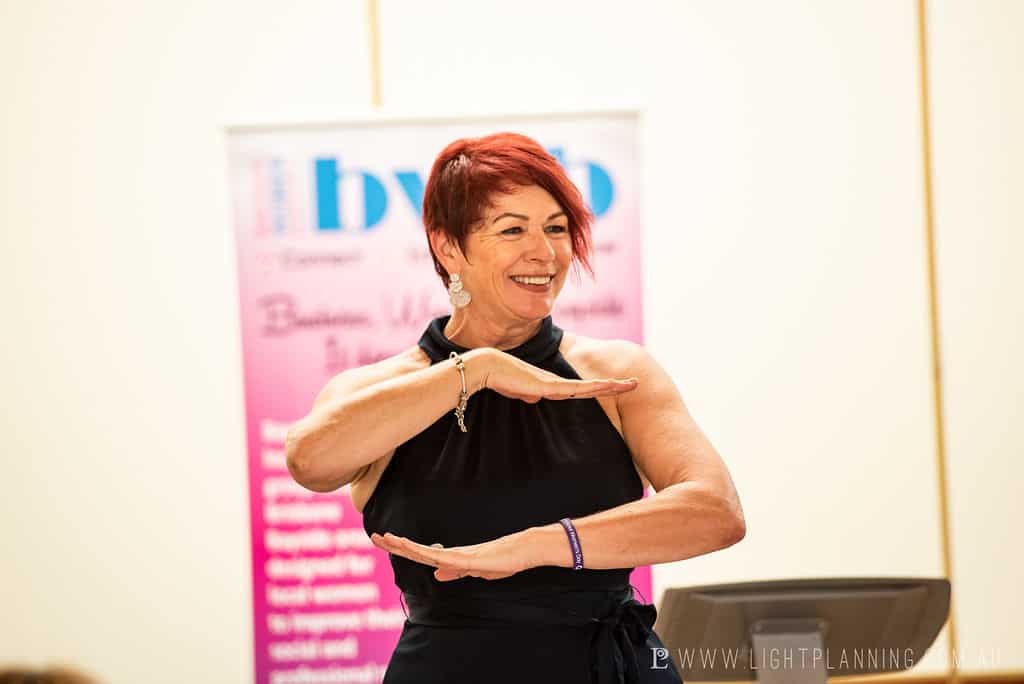 Check out our Events Calendar and join us!

There are no upcoming events.